President Biden told Democratic and Republican congressional leaders that the House and Senate must pass legislation to avert a rail shutdown, warning of risks to the economy.

American consumers and virtually all industries could take a hit at the beginning of the holiday season if workers do strike as soon as Dec. 5. Congress could intervene and impose contract terms on railroad workers, which is what Mr. Biden is urging them to do. Thanks to the Railway Labor Act, passed in 1926, Congress can force workers back to their stations with a congressional resolution.

Businesses from the manufacturing, agricultural and retail sectors had warned a rail shutdown would carry devastating consequences for the economy. A strike or lockout is expected to cost $2 billion a day, and Biden said that as many as 765,000 workers could be out of work within two weeks.

All 12 rail labor unions need to ratify union contracts before Dec. 9 to avoid a shutdown. 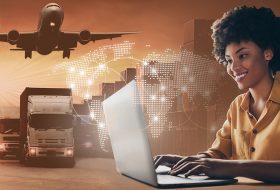