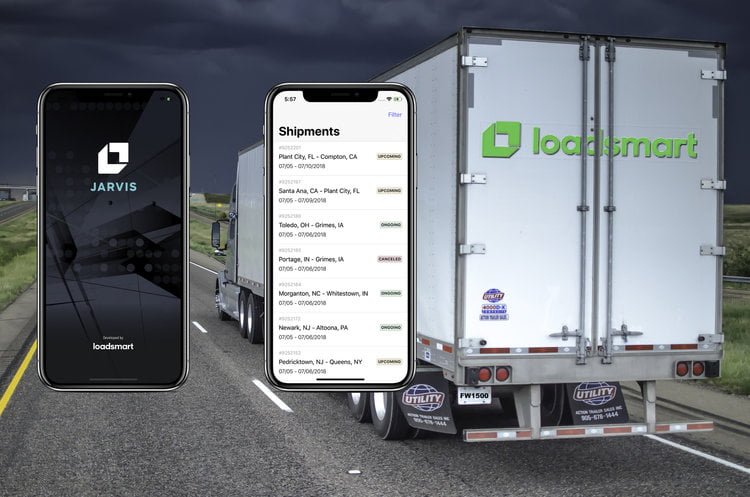 “When we started the company, only about 25% of the drivers had smartphones. Even today, most of the brokers depend on email and phone calls to move freight,” said Felipe Capella, co-founder of Load smart, told FreightWaves’ report Vishnu Rajamanickam in an interview earlier this year. “We saw an opportunity to bring in technology and automation into this cycle.”

Load smart utilizes artificial intelligence to automate the booking process. It provides instant prices to shippers with capacity guaranteed on all U.S. lanes. Shippers have the option to book manually or integrate via an API to automate the process entirely.

“Shippers have been able to reduce their spot exposure by 50% after integrating with Load smart while reducing procurement execution time up to 90%,” a Load smart media release reads. “Carriers keep their trucks full and reduce empty miles as Loadsmart’s machine learning algorithms match loads with their available trucks.”

Load smart announced a $21.6 million Series A round in October, bringing the total investment up to $34.7 million. The company plans to use its Series A funding to scale its operations team and double down on product and engineering, according to the media release.

The company’s latest investment round was led by Maersk Growth, Connor Capital SB and Chromo Invest.

Load smart tends to attract clients who are frustrated with the spot market, as they frequently end up relying on last minute rates. Thanks to a well of nationwide truck data, Load smart can provide instant pricing and capacity, letting businesses source full truckloads at the touch of a button.

“We are at our core a data company. With the highest ratio of engineers in the industry, we were the first to introduce truckload instant pricing and booking, and the market’s first server-to-server autonomous truckload booking via our API,” Capella said. “This tech-first approach has allowed us to set in place a fully scalable and automated distribution model.”

Christmas comes early for most freight brokers in 2018