Tow Truck Driver Honored With Large Funeral Procession around I-270

Tow truck driver from around central Ohio lined up and drove around Interstate 270 on Friday to say a final farewell to a Columbus man killed on the job. Bill Houck, 60, was killed on Interstate 71 just north of Cooke Road Saturday morning while he was hitching a car to his tow truck.
“He was more than a coworker, he was a friend,” said Joe Lucas, Broad & James tow truck driver. “He’s really, truly missed.”
“It’s very hard to lose a father figure, a brother, a friend,” added another co-worker Bob Bridges.In a symbol of unity, the drivers gathered in their tow trucks in hopes to send a message to drivers, to slow down and move over while on the road.

“It’s the law, that includes tow trucks,” said Lucas.
Lucas said the very first call he responded to Friday morning, was along the same stretch of road where Houck was killed.
“It was scary. All I could think about was going there, and seeing the site where Bill was struck and killed,” said Lucas. “Nerves were shot, because everybody’s thinking… it could have been any one of us out here that morning.”
Houck’s family was now faced with a funeral.
“The world’s lost a good person,” said Houck’s brother, Raymond Richards. “I love him, I miss him.”

Houck’s family and friends now try to move on with only fond memories of the father and grandfather. They said Houk loved his job.
“We’re called guardians of the roadway for a reason, we save people’s lives. We help people in their worst times and to take a man who was doing that… in service for another person who was in need of us… may God have mercy on his soul. That’s all,” said Bridges.Houck’s death was the 46th traffic-related fatality in Columbus this year.
Columbus police are waiting for lab results from the alleged drunk driver, 59-year-old Thomas Frederick, before presenting the case to the grand jury. 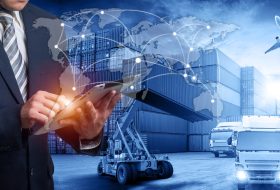