Vocational Fleet of the Year award

Seattle Mayor, Mike McGinn, was on hand last week to accept Fleet Owner’s 2011 Vocational Fleet of the Year award on behalf of the City of Seattle. The city’s fleet (of some 4,000 vehicles) was selected in part because of the progress fleet managers have made toward sustainability under their “Green Fleet Action Plan.”

First written in 2003 and then revised in 2007, the plan has guided the Fleet Management Division through many changes, including adding hybrids and electric cars to the fleet as well as more diesel-powered vehicles capable of operating on biodiesel.

“Sometimes you hear people say government never does anything right, but the City’s Fleet Management Division in the Department of Finance and Administrative Services is proving them wrong!” observed Mayor McGinn.

“…For years, the City has been a leader in fleet management,” he added. “We’ve made green innovations, such as hiring a green fleet coordinator to manage our environmental efforts, reducing fuel consumption by 175,000 gallons in less than three years, and expanding the use of alternative fuels, so now half of the entire City fleet does, or
can, use an alternative fuel source….

“Congratulations again to all of the staff in the Fleet Management Division,” he concluded. “I’m proud of your hard work and dedication to fleet management excellence.” 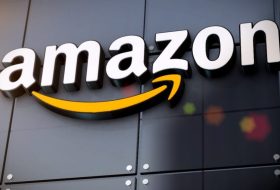