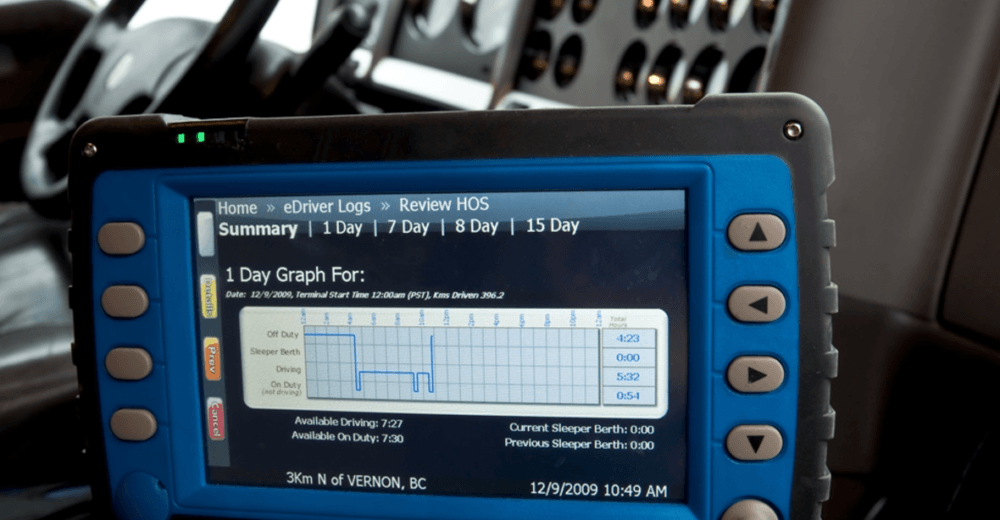 Terre Haute – One of the red flags that lead troopers to search a vehicle carrying millions of dollars worth of narcotics was that the electronic logging device that had been unplugged. In the past semi drivers have had paper log books that they would manually enter in how long and where they had been driving. The new electronic logging devices make that nearly impossible to do without showing obvious red flags. By 2019 all commercial motor vehicles will have to be equipped with electronic log books. That is good news for trucker Scott Courtney, before on the paper logs its time consuming as far as, you know, filling them out, doing the graphs, doing your notations and stuff on there. The E-logs, it pretty much does everything for you.

Drivers are allowed to work a total of 14 hours in a day but are required to stop and take a break after 8 consecutive hours of driving and can only be on the road for 11 hours a day. Drivers, you know they get paid money to have their hands on the wheels and make the wheels go round and round. It keeps track of, you know, it logs all your information for you. It just makes a lot of things faster, says Courtney.With the paper logs, drivers were able to easily forge how long they had been driving and where they had been causing issues on the roadways.

The new logs are making that more difficult, theres not a whole lot of ways around it, says Courtney.Law enforcement is strict on enforcing the regulations to protect both the truck driver and other vehicles on the roadways.When you have a vehicle going down the roadway that weighs 80 thousand pounds, that driver is fatigued or he is distracted, that becomes a very large vehicle with a lot of weight and if it does happen to hit somebody or hit something there is going to be a lot of damage, says Ames.

These vehicles go under full inspections when they stop at a weigh station or if they are pulled over for suspicious driving on roadways.That is when their log books are checked to ensure they are following protocol.

Get 15% OFF all courses above Basic!